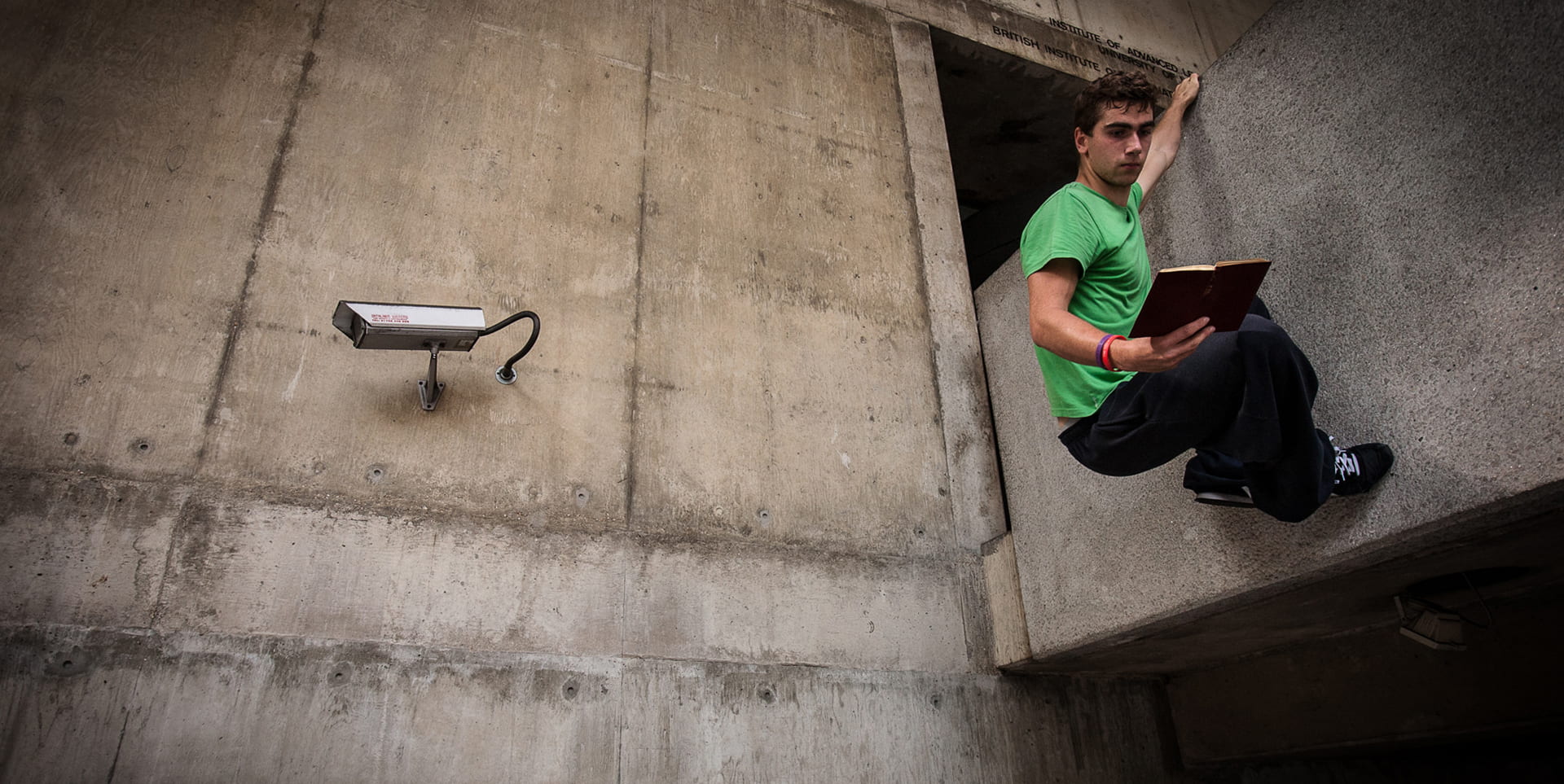 Parkour Vision: What’s a City For?

How do you view the city you live in? Does it feel constricting? Restrictive? Is it full of cold, lifeless structures that have no meaning for you? Is it unwelcoming? Unappealing? Or do you have no feeling about it, positive or negative? What’s your vision of the urban environment you inhabit?

Perhaps one of the most powerful and profound changes that happen to those who walk through our doors and take up parkour is that of how they view their environment and, subsequently, their place within it. Almost universally we see practitioners develop what is sometimes referred to as ‘parkour vision’ – a paradigm shift in perspective that changes their view of architecture, structures, obstacles and space as a whole. And not only changes it but expands it, enabling them to see potential for movement everywhere, for interaction and exploration, for discovery and creative expression with an environment that most likely they hardly noticed or engaged with only on a simple utilitarian level of getting from home to work and back.

An important aspect of what we do here at Parkour Generations is to offer an insight into this more expansive way of viewing our urban environment that those new to parkour are probably unaware of. Or, rather, not a view they are unaware of but one they have simply forgotten over time; for I suspect we all view our surroundings this way, before age, social conventions and the cultural norms take hold and limit our vision. Just what is this fresh ‘vision’ that arises from the practice of parkour, and how can it help us understand our place within our environment on both a local and broader level? 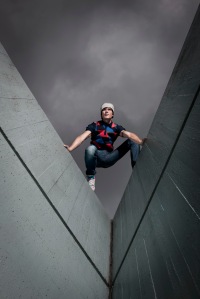 Quite simply, anyone who practises parkour for even a short amount of time soon finds that their perception of their environment undergoes a fairly radical overhaul. Walls, railings, buildings, barriers… structures of every shape and size cease to be seen as they were intended to be seen, and become instead components of a vast, almost limitless playground that one has hitherto referred to as ‘the city’.

The training for parkour, the unfettered approach to your surroundings, the very visceral interaction with one’s environment, all develops a wider vision for the practitioner. Boundaries fall away, and structures built to contain become stepping stones to greater physical and mental liberty. Strange things begin to happen… walls become nothing more than ‘vertical floors’ for example, there to be run up or along; metal handrails seem to morph into intricate pathways to be walked; gaps in architecture become spaces to be filled with dynamic jumps. Very swiftly you find yourself seeing city streets, squares, stairways, even simple pavements, in a whole new light. Everywhere becomes an opportunity for movement, everything a training apparatus. Parkour vision is actually extremely liberating once you begin to experience it, and many parallels have been drawn here between the unconventional approach of parkour and the counter-conventional philosophy of the Situationists of post-WW2 France. 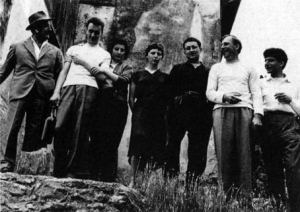 Taking inspirations from Karl Marx and Henri Lefebvre(1), the Situationists – led by Guy Debord in the 1950s and 60s – tried to apply a social critique to the societal conditions of the post-second world war period (primarily in France). The Situationists concentrated on the city and looked at the production of space therein, directly relating it to the emergence of a consumer society.  This movement included as its central tenets the reclaiming of the city environment, and the freeing of the citizen from urban and psychological constraints. Initially very much tied up with the philosophy of Henri Lefebvre, the Situationists had at their core the notion of temporal, unique, unrepeatable ‘situations’ (Lefebvre called these ‘moments’ rather than ‘situations’), and sought ways to create new situations within the framework of urbanism and the uses of space.

On the surface, parkour appears redolent with many of the ideas of the French Situationist movement. However, beyond the superficial similarities such as the re-appropriation of spaces, which of course parkour leads to as a by-product of the training, parkour is an entity far removed from the Situationists’ ideology. The Situationists were attempting to subvert conventional societal culture by exposing the illusory nature of ‘appearances’ to which they believed society had devolved. Parkour is not a counter-culture movement, nor is it imbued with political gravitas. The focus of parkour is on the development of the individual, through learning to utilise the body in an effective manner so as not to be held back or hindered by his surroundings, especially in times of emergency or sudden need – in fact the terrain, the space being re-appropriated, is entirely irrelevant! The very point of parkour is to be able to move efficiently and unhindered through ANY terrain.

Lefebvre said that ‘an existing space may outlive its original purpose and the raison d’etre which determines its forms, functions, and structures; it may thus in a sense become vacant, and susceptible of being diverted, re-appropriated and put to a use quite different from its initial one.’(2) Parkour enables the practitioner to do exactly this – to re-appropriate space and to use it in any fashion he or she deems suitable for his or her own training. Whether these spaces have outlived their original purpose or not, the fact is that the practitioner views them in a quite unique and wholly unintended manner.

Yet it is important to understand that this ‘vision’ comes only through an experiential knowledge of parkour – only once you have practised for yourself, actually got hands-on with the structures of your urban environment, gauged distances for jumps, felt surfaces, been aware of drops and gaps; only then does your vision take in your environs in an entirely new way. Merely conceiving of these notions in an intellectual fashion does not bestow the vision of the traceur (the term, meaning ‘one who moves fast’, widely used to refer to a practitioner of parkour). You have to practise it, to experience it – you have to live it.

Michel Foucault, renowned French philosopher and historian, explains that ‘architecture is not an object with a role to play, but is constituted by the discourses and practices of social life. Architecture is not an object but a process, not a thing but a flow, not an abstract idea but a lived thought.’(3) This term, the ‘lived thought’, captures it well for me. For this is exactly what all architecture, all urban spaces, in time become to a practitioner – the lines between object and individual begin to blur, as one’s eyes see possible dynamic interactions rather than the static separation of what is the ‘City’ and what is ‘Man.’

“Parkour is a process itself, an expression of the harmony and interplay of physical forces harnessed by an individual.”

In much the same way, parkour has to be a ‘lived thought’ too if one is to grasp it fully. Parkour is movement – unrestrained and unbounded: there are technical aspects to cultivate, yes, but parkour is not found in the techniques. It is a process itself, an expression of the harmony and interplay of physical forces harnessed by an individual. When one begins to feel this process at work, which only comes through diligent and focused training, one gains a deep appreciation of the truth that, in fact, it is not we who move but rather that there IS movement and we are an inextricable part of that movement. Forces such as gravity, momentum, potential energy, stored elastic energy in the muscles – these generate and sustain movement, and we are simply bourn along by them. Or, rather, that is how it CAN be when one learns how to harness these forces.

WHAT’S A CITY FOR? 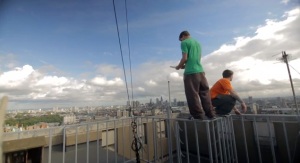 A common topic of discussion that circles the world of parkour is how the design of urban spaces affects the way we use them, especially with increased global urbanisation in mind. Yet it is the way we use these urban spaces that lends an entirely new purpose to their design. Further even than this, from a parkour perspective, the purpose of the design of these structures is rendered utterly obsolete because the practitioner sees every architectural form in the same vein – simply as space to be interacted with, enjoyed, and overcome through self-mastery.

Urban spaces can be as varied as the rural terrain of our planet – safe or intimidating, harsh or welcoming, difficult or easy to navigate, crowded or spacious… and of course the design of town spaces does affect how we use them. However, the practice of disciplines like parkour means that it doesn’t really matter how these places are designed – humans WILL find ways to use them beyond their intended function. Adaptability and flexibility of mind is our greatest attribute, and has kept us on the planet from when the Neanderthals disappeared until the present day, through ice ages and everything in between. Indeed, part of the spirit of parkour is that one must learn to overcome the difficulties posed by one’s terrain through achieving a kind of dynamic harmony with it – so it’s vital that the discipline continues to thrive in unplanned, unprepared places that weren’t designed with this form of movement in mind.

For me, and for many of us, parkour is an expression and an exploration of the power and versatility of the human spirit. It acts as a mirror to one’s self, exposing one’s fears, self-imposed limitations, and our conditioned thought-processes. It is a method by which one can overcome all these things, as with all true transformative practices, so it is in truth much more about mastering the self than about conquering a few high walls. The architecture of the city provides the ultimate training ground for this and as such in a very real and immediate sense, with the fresh vision that parkour offers us, we can see ourselves reflected in the steel, stone and glass of our urban environments. And that’s the parkour vision that really matters.

As my good friend Andy Day once summarized so succinctly: ‘Through a return to the body and a truly physical encounter with the city, parkour is able to absorb and dispense with notions of architecture (such as its fixity, historicity and commodification) and return the space to the people.’

(1) Henri Lefebvre was perhaps the most prolific of French Marxist intellectuals, whose work influenced the development not only of philosophy but also of sociology, geography, political science and literary criticism, and heavily informed the thinking of the Situationist movement of post-World War Two France, championed by Guy Debord.

(2) Henri Lefebvre, The Production of Space 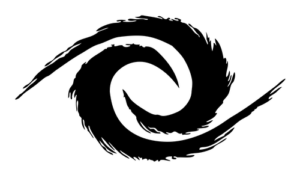